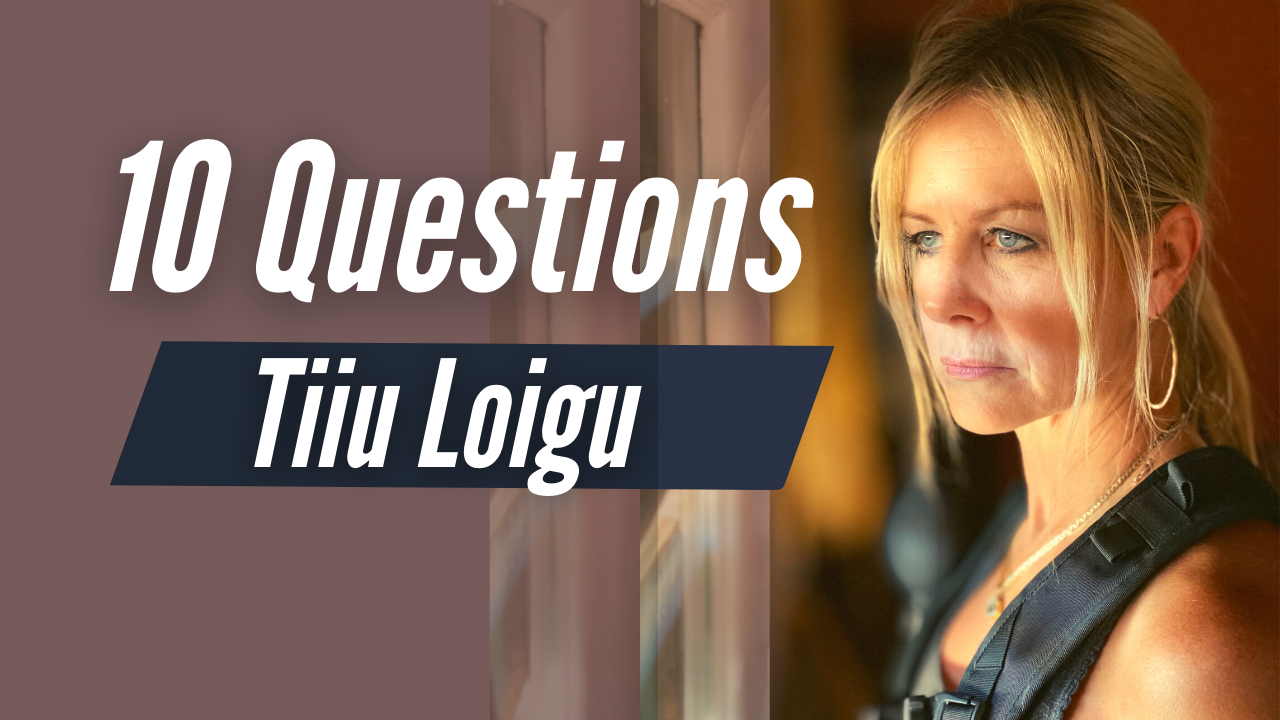 Question 1: You’ve had a wide range of roles in films including being an actress yourself.  Your photos for Frank & Penelope are amazing! Do you believe each of the roles in film has given you a unique perspective for your role as a set photographer?

Thank you so much! Yes, perhaps this is true, as I believe that photography is a form of storytelling. Set photography is also a character in the film. It’s about capturing the moment in an editorial or creative kind of way and doing your best to represent the Director and Cinematographer’s vision or tone of the story, but also bring your own sensibility and perspective to your photographs. Set photography is generally used in marketing the film and sometimes ends up on the one-sheet movie poster, so it’s an important job.

Question 2: You have photographed artists such as Toby Keith, Merle Haggard, and Lady Antebellum. What has been one of the most memorable concerts that you photographed?

Yes, I’ve captured a lot of country music artists. The most memorable concert that I photographed was the OKC Festival in Oklahoma several years ago, where I shot the above-named artists along with Dierks Bentley, Scotty McCreery, and Kix Brooks (Brooks & Dunn). Kix ended up buying the rights to one of my photographs from this festival. Wow, what an honor! I’ve also been blessed to shoot a couple of Randy Houser’s music videos, “Like A Cowboy” and ‘We Went” and several of my photographs from these shoots were published in various country music trades.

Question 3: You are also the Casting Director for F&P. What is involved in this role?

Yes, I’m a woman in film wearing several different hats, Casting Director being a huge role. Before F&P, I cast 5 feature films, two shorts, and two music videos.  There’s a lot of pressure and research involved in casting, especially a feature film. The actors bring the characters to life and tell the story through the imagination of the director. Each actor has a unique magic about them and this is where the creativity of casting comes into play. Who would best embody the breakdown of each character that the director envisions? Lots of collaboration is involved during pre-production with the producers and the director.  On F&P, it took me over two weeks to research and present my first cast concept to the producers and director, Sean Patrick Flanery. I worked with Sean for almost a month on casting.

Question 4: What should we expect from the actors in Frank and Penelope?

Every actor in F&P is unique and special and brings that extra something to the characters that they play.  Director, Sean Patrick Flanery, was instrumental in bringing out incredible performances in each actor.   Shooting this film was challenging at times due to the rustic location and heat of Terlingua, TX, but all the actors pulled through and there was a bond between them off-screen that I haven’t seen like this on a film set for quite some time. Perhaps because for some of the actors, this was the first film they had done since covid and they were back doing what they loved, storytelling and creating with other artists again.

Question 5: Who’s your favorite character in the story of F&P?

I love all the characters, but I have to say that “Cleve” was my favorite.  He is a conflicted, but likable character. He has the essence of “Lennie” OF MICE & MEN.  Brian Maillard did a phenomenal job at bringing this character to life.  He’s a super talented character actor and I’m sure the viewers will want to see more of him.

Question 6: What has been one of your favorite F & P moments so far? Most challenging?

One of my favorite F&P moments so far is the night that we had a champagne toast at wrap while filming in Austin, TX. This ceremony started back in the day of early filmmaking when the camera department had their 100th Camera Upload, they would have a champagne toast and the tradition still lives!  I never knew about this. This night also happened to be Brian Maillard’s picture wrap, so it turned into a fun emotional celebration with the cast and crew. The most challenging was filming in Terlingua, TX, but at the same time, it was a beautiful thing. The elements and heat were challenging, but they brought the cast and crew together in a magical way.

Question 7: You have accomplished many great things, including being a runner-up in Miss Teen USA and all your roles in fashion, film, and the community. What advice would you give to young girls out there thinking about the plans for their future?

Thank you!  I have done various things in different fields, but mostly in the arts.  From a young age, I knew I wanted to be in the entertainment industry.  I loved acting, modeling, fashion, and beauty.  I  had the honor of being Miss Fallbrook which led me to attend a modeling school and landing my first agent.  I was involved in the junior theatre in our community and then was in drama club/theatre throughout high school.  I wanted to be a professional actress, but I didn’t move to LA until I was in my late 20’s.  When I was young, our family friends were managers of movie stars and they wanted to put me in commercials, but my parents did not approve.

Throughout the years, I’ve continued pursuing acting.  I’ve come to realize that even though I’m not a professional actress today, I’m still involved in a field that I have always had a passion for. I can now say I’m a woman in film. I’m a casting director, set photographer and have been a costume designer on two feature films. The advice I would give to young girls is to follow your passion, the earlier, the better.  Put in the hard work, long hours and learn the craft that you desire and anything is possible. Don’t let anyone stop you from going for what you want.  Be true to who you are and don’t worry about what other people think or say. It’s your life and you can live it the way you want to, just don’t forget where you came from. Trust the process, keep positive, and continue to pursue your dreams!

Question 8: As a first-generation American of Estonian descent, do you feel that this has impacted your work ethic?

Absolutely!  I have a work ethic that won’t quit. My parents always expected a lot out of me.  They went through a lot during WWII and endured difficult times, but they immigrated to American and worked really hard for everything they had. I grew up with their values and didn’t know anything else. I always put 100% into everything I do and when it comes to working, I take it very seriously.  Sometimes, I’m a bit too hard on myself, but that comes from my perfectionism. I want to be good at everything I do and that is simply not possible.

Question 9: Can you tell us a little about your Boutique and what inspired you to start it?

About 6 years ago, I started an e-commerce marketplace on eBay called Country Roads Boutique (www.shopcountryroads.com). I began by selling my own pre-loved clothing and things I would find in resale shops. Today, I sell a lot of my friend’s clothing on consignment.  It has been a fun way to keep me productive in between film gigs. Last year, when the world was faced with a global pandemic, I launched an online boutique.  I was inspired to take my passion for fashion and shopping at boutiques and start a new e-commerce business where I would offer new clothing while empowering women. My Estonian name has pretty much defined who I am all of my life, as it’s different and unusual, so I decided to brand myself and call my online boutique TiiU (www.TiiULA.com).  TiiU is evolving and making some changes.  Stay tuned.

Question 10: What does the future hold for Tiiu Loigu? Any upcoming plans that you can share with us?

The film industry is a very transient business.  There are a lot of projects that my husband, William Shockley, and I are currently working on developing, including finishing writing a Christmas script that we started many years ago. I hope to be casting several music videos and another feature film within the next couple of months. I will continue to nurture my online boutique TiiU.  I will live life as the artist I was born to be and take each opportunity as they come my way. 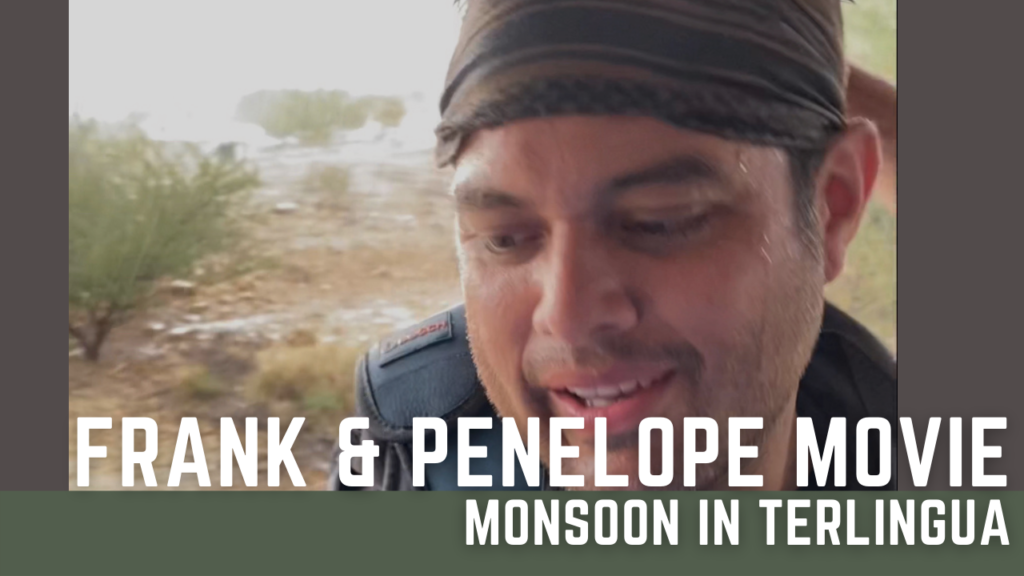 On July 15th, while the cast and crew of Frank & Penelope were filming in Terlingua, TX, a monsoon brought in torrential rain. The quick actions of the crew saved the camera gear...
READ MORE Monsoon in Terlingua

Suggested text: When visitors leave comments on the site we collect the data shown in the comments form, and also the visitor’s IP address and browser user agent string to help spam detection. An anonymized string created from your email address (also called a hash) may be provided to the Gravatar service to see if you are using it. The Gravatar service privacy policy is available here: https://automattic.com/privacy/. After approval of your comment, your profile picture is visible to the public in the context of your comment.

Suggested text: If you leave a comment on our site you may opt-in to saving your name, email address and website in cookies. These are for your convenience so that you do not have to fill in your details again when you leave another comment. These cookies will last for one year. If you visit our login page, we will set a temporary cookie to determine if your browser accepts cookies. This cookie contains no personal data and is discarded when you close your browser. When you log in, we will also set up several cookies to save your login information and your screen display choices. Login cookies last for two days, and screen options cookies last for a year. If you select “Remember Me”, your login will persist for two weeks. If you log out of your account, the login cookies will be removed. If you edit or publish an article, an additional cookie will be saved in your browser. This cookie includes no personal data and simply indicates the post ID of the article you just edited. It expires after 1 day.

Suggested text: If you request a password reset, your IP address will be included in the reset email.

How long we retain your data

Suggested text: If you leave a comment, the comment and its metadata are retained indefinitely. This is so we can recognize and approve any follow-up comments automatically instead of holding them in a moderation queue. For users that register on our website (if any), we also store the personal information they provide in their user profile. All users can see, edit, or delete their personal information at any time (except they cannot change their username). Website administrators can also see and edit that information.

What rights you have over your data

Suggested text: If you have an account on this site, or have left comments, you can request to receive an exported file of the personal data we hold about you, including any data you have provided to us. You can also request that we erase any personal data we hold about you. This does not include any data we are obliged to keep for administrative, legal, or security purposes.

Where we send your data